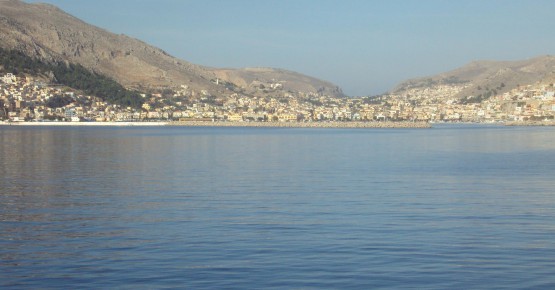 It is situated between Kos and Leros. Kalymnos is the fourth largest island in the Dodecanese. It is surrounded by quiet islets, some inhabited only by sheep and goats, others – like Telendos and Pserimos – with just a few houses and tavernas. The Kalymnian landscape is rocky. Its majestic mountain slopes fragrant with thyme, sage and oregano (essential ingredients for a delicious honey). Fertile valleys of citrus fruit in Vathi are making a pleasant contrast to the rest bare landscape.

Kalymnos is well known as the island of the world’s best sponge divers. The sea has always been a focal point for the island life and its folklore traditions remain almost the same as in the past. Picturesque landscapes for walking, clear blue sea for snorkeling or scuba-diving, rocks of unique quality for climbing and a warm-hearted hospitality are just some of the pleasures which the visitors can expect. Kalymnos is also a good base for visiting nearby islands. Patmos, Lipsi, Leros. 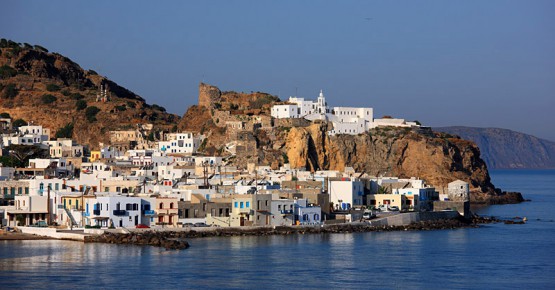 Nisyros is one of the most beautiful Aegean islands, still untouched by the tourism growth. It is part of the Dodecanese group of islands, situated between Kos and Tilos. It can be reached by ferry from Piraeus, Kos and Rhodes.

According to mythology, it was created during the war between Gods and Giants. Poseidon chased the Giant Polyvotis down to Kos, cut a part of it and threw it to his enemy, sinking him forever in the bottom of the Aegean Sea. The legendary rock is the modern Nisyros and it is said that the volcano’s explosions are the angry breathing of the defeated Giant. These explosions shaped the island, which is considered to be the youngest volcanic centre in Greece, still active – along with the volcanoes of Milos, Santorini and Methana. During antiquity the island thrived on obsidian commerce, extracted by the inhabitants of Nisyros, from the nearby island, Gyali.

Pserimos is an island with about 130 inhabitants. It is located between Kos and Kalymnos, with which is connected daily with regular routes. The island is ideal for a small get away. Swim in the enchanting beaches and admire the pure  beauties. Enjoy the ambulatory routes and the flavors of the local cuisine in the traditional tavernas.

Patmos is a small Greek island in the Aegean Sea, known as the place of both the vision and the writing of the Revelation of St. John. One of the northernmost islands of the Dodecanese complex, has a population of 2,998 inhabitants (year 2011  census ). In the nearby small islands Arki and Marathos you can enjoy the clear blue sea and the fresh fish. Patmos’ main districts are Chora (the capital city), and Skala, the only commercial port. Other villages are Grikos and Kampos. The churches of Patmos are under the Patriarchate of Constantinople. 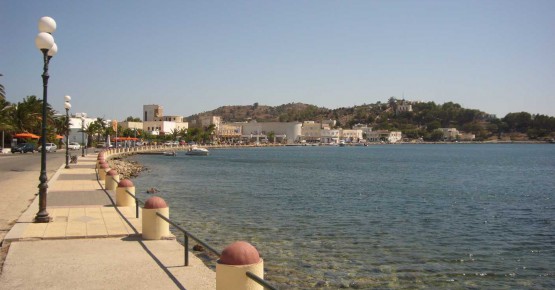 The island is 74 square kilometres  and has a coastline of 71 kilometres. The municipality includes the small island of Farmakonisi, as well as several uninhabited islets, including Levitha and Kinaros and has a population of 7.917 inhabitants (year 2011). It is known for its imposing medieval castle of the Knights of Saint John, possibly built on a Byzantine fortress. Nearby islands are Patmos, Lipsi, Kalymnos, and the small islands of Agia Kyriaki and Farmakos. In ancient times it was considered the island of Parthenos Iokallis . The administrative center and largest town is Agia Marina, with a population of 2,672 inhabitants (year 2011). Other villages are Lákki, Xirókampos, Kamára, and Álinda.