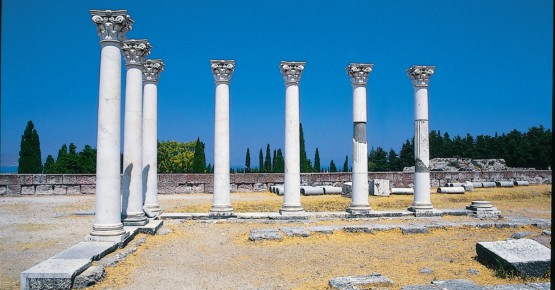 Asklipion is the most well known ancient monument of the island. The monument was built on a hillside overlooking the sea below and the opposite coasts of Asia Minor. 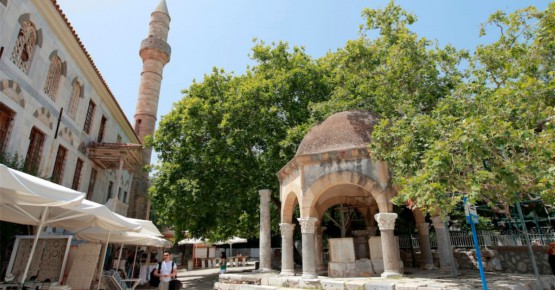 Just in front of the main gate of the Knights’ Castle, there is an imposing huge plane tree. This perennial tree, «the plane tree of Hippocrates» as the locals call it, is of a perimeter of more than 10 meters. Next to the tree there are two fountains from the period of the Ottoman conquest of the island and an inscription in Arabic saying that their water is the source of Hippocrates. One of the Muslim fountains was supported by Corinthian capitals 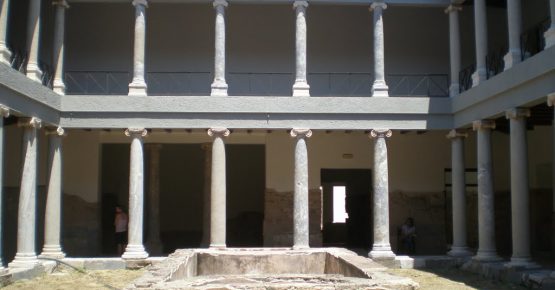 Italians archaeologists restored the house and called it ‘Casa Romana’. The house had three courtyards indoors and around these courtyards airy and sunny rooms. Every courtyard had a cistern (like a swimming pool).In the first courtyard there were two rooms with mosaics, the first showing a lion attacking a wild goat and a leopard attacking a deer. In the second room the mosaic shows the marine life and it is characterized by its perfection and refinements. In the second courtyard there is a room, which was used as a living room the walls of which were covered with marble. A mosaic has been found around the cistern, which shows dolphins and Nereid, a sea nymph on top of a unicorn. In the third courtyard there are columns, which are of Ionian style. There is a small terrace with smaller columns of Ionian style too. This architecture is called ‘Technique of the arch of Rhodes’ because the houses of this style of architecture were first found in Rhodes. A wooden stairway leads to the terrace where there aren’t any rooms. Ruins of the thermal baths were found outside the house towards the east by the same archaeologists  after the big earthquake of 1933. 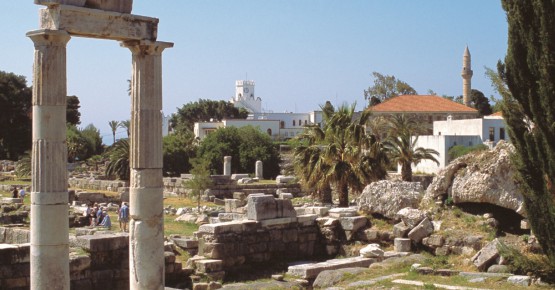 The area of the archaeological site of ancient agora is close to the port of Kos and is situated at the eastern end of the town. Several public buildings and sanctuaries were constructed there. 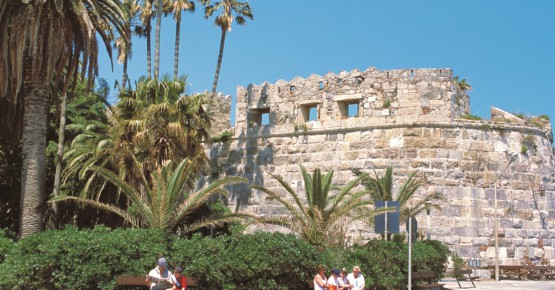 The Neratzia Castle, or Castle of Kos

At the entrance of the port of Kos it is situated the so-called «Kastro tis Neratzias». In the 14th century the Knights of the Order of St. John who dominated the island, decided to construct the castle to assure the defense of the town. 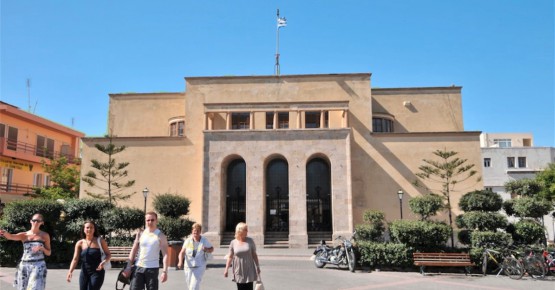 The Archaeological Museum of Kos, in the central square, is a monument of the time of the Italian occupation (1912-1943), built in 1935. It is distinguished by three entrances topped by arches. Several sculpture are displayed in three rooms surrounding the atrium, which is decorated with a mosaic presenting the arrival of Asklepeus at Kos. 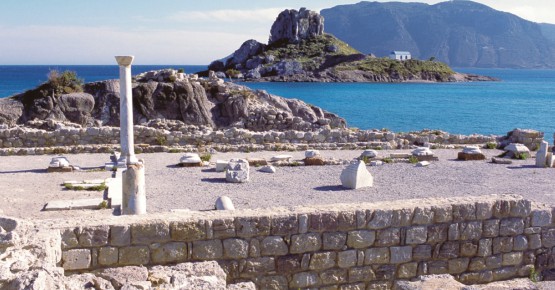 The early Christian Basilicas at the beach of Agios Stefanos, within Kefalos bay, is dated in the 5th or 6th century. There is the southern and the northern one.